“The economics profession is like the Catholic clergy” … unless “you knew Latin, you couldn’t read the bible. Today, unless you are good at maths and statistics, you cannot penetrate the economic literature.” (FT∅). THe video below begins to de-mystify economics.

See also other videos ⇓ or other posts ⇓ on Economy.

This video-clip explains why everyone can and should understand basic economics.  It’s created by Ha-Joon Chang, a South Korean institutional economist specialising in development economics and currently at the University of Cambridge.  He reveals the mystifying language of derivatives and quantitative easing and explains how easily economic myths and assumptions become gospel.

Get the facts yourself and get involved in discussions about the fundamentals that underpin our day-to-day lives.

Jay Kang3 years ago (edited)
I wrote my own transcript. There might be some typos or something (not being a native speaker).. but if anyone needs the transcript, here it is.
——————-

But why? I mean, if you can have a very strong view on Iraq or Afghanistan without a degree in international relations, you should have a strong opinion government economic policies without a degree in economics. You know, I said that this is only because that economists have been fantastically successful in making people believe that it is actually a lot more difficult than what it really is. So they’ll tell you “Oh… I could explain it to you but then you wouldn’t understand!”.

95% of economics is common sense. Of course it may look difficult with the use of jargon and mathematics. And even the remaining 5% can be understood, at least in its essence if not in all technical details, if someone bothers to explain it to you in an accessible way. For example, ‘What is Economics?’, ‘[What is] Ethical foundations of economics?’, ‘Whether you can separate economics from politics?’ and ‘How different ways of conceptualising the economy affect the way we see the world?’, you know, for example, people think that today’s free market economics is the direct descendant of Adam Smith. But this is not true! For Adam Smith and other classical economists, the Society, the Economy was conceptualised as being made of classes, not individuals. And the whole theory evolved around how, the way this different classes with different material interests behaviors affect the way capital is accumulated, the economy grows, income is distributed, you know, and so on.
——————-

Today in free market economics, there is only individuals. And you don’t tell people there isn’t class. No, that’s an old Marxist concept. But if that’s the case, why do the marketing companies have all these class categories when they do marketing strategy? They’ll look at groups A, B, C, C1, C2… you know, target the advertising according to the type of people… Now many economists will tell you that economics is a science in which there is only one right theory. There are at least 9 different major schools of economics and in this several more if you count minor schools and split major ones in sub schools, each with its own unique strengths and weaknesses. And for free market economics alone, you have three different kinds – Classical economics, Neoclassical economics, Austrian economics. So actually there is no one right theory. And my contention is that we need all these diverse approach to economics, you know, to fully understand economics because they all make certain assumptions, they all have different political, ethical values, they have all sorts of theories how economy grows and so on.

And to make this point I give you the ‘Singapore Problem’ or what I call ‘Life is stranger than fiction’. If you read only the financial newspaper, like the Wall Street Journal or The Economist magazine, you’ll be only told that Singapore succeeded because of its free trade policy and its welcoming attitude towards foreign investors. This is partly true. I mean, they did have those things, but you’ll never be told that Singapore Government owns nearly 90% of all the land, 85% of Housing-it’s provided by government owned housing corporation, and staggering 22% of GDP is produced by state-owned enterprises. So in talking of Singapore I always tell my students, “Look, give me one economic theory, it doesn’t matter what it is, Neo-Classical, Marxist, Austrian, Schumpeterian… give me one economic theory that can explain Singapore.”

There isn’t! So you need to know these different theories to fully understand how a country like Singapore could succeed.

In this regard, what I advise is that you should not be a man or woman with a hammer by only knowing one economic theory. Because whatever that the theory is, once you believe that one theory is true, like the man with a hammer, you’ll start to see everything as a nail. So I think you should get a swiss knife.

In this dominant economic theory, that is of today Neo-Classical theory, people are mainly conceptualised as consumers. And work is considered as, what this economics call, utility that you have to put up with, so that you can earn money with which you consume goods and services and then derive pleasure, or utility. That’s your aim! (=) Deriving pleasure from consumption. But what happens in a workplace of(?) fundamentally affects us, it’s not just our immediate physical and psychological well-being, but also our identity and our sense of self-worth, our self-fulfilment. This is why these days in many countries a lot of people are very unhappy compared to a couple of decades ago, despite the fact that they have higher income. Why? Because work has become more stressful. But them economists tell you, “No, you should be happier.”. Britain has 20% higher income than 1975. Why aren’t you happy?
———————————

My book is not just an explanation of economic theories and facts, it’s also a discussion about the role of economics in public life. And in this regard, I have three sets of observations to make.

The first one is 1. ‘Never trust an Economist’. And that includes me. You know, professional economists are likely to say ‘we know what is correct’. No, they don’t have monopoly of truth. I already told you that there are 9 different kinds of economic theory, so the right conclusion depends on which economists you talk to. And I argue that it is entirely possible for people who are not professional economists to have sound judgements on economic issues. I even argue that sometimes their judgements may even be better than those of professional economists because they may be more rooted in reality and less narrowly focused. And I argue that indeed the wilingness on the part of ordinary citizens starts to challenge professional economists and other experts is the foundation of democracy. If you really believe that all we have to do is to listen to the experts, to listen to the professional consensus, why you need a democracy. Let self-elected elites appoint each other and.. won the world? That’s why a lot of people are unhappy with the European Union.

The second point is the Latin phrase that is apparently written in the wall of City Hall of Gouda, the city in the Netherlands, which is famous for the cheese. And.. uh.. I’m not even going to pretend to speak Latin, so it basically says 2. “Listen to the other side.” And I argue that this is you have to have in debating on economic issues. I’m not suggesting that you should have no opinion of your own. But what I’m trying to tell you is that given the complexity of the world and given the necessarily partial nature of all economic theories, you should be humble about the validity of your own favorite theory and should keep on open mind about this.

Finally, even while I constantly make reform proposals, I emphasize 3. “How difficult to change economic reality”.

Sometimes the reason is obvious. I mean, people who benefit from the status quo want to thwart the change by any means. Lobbying, Bribery, Media propaganda and even violence. But the status quo often gets defended even without some people actively being evil. Because the thing about the market system is that the rule is the one dollar-one vote. So this means that the ability of those with less money to refuse undesirable options to given to them is higly constrained.

Also it can be susceptible to beliefs that are against our own interest. The best example is that what happened when Barack Obama tried to reform the american medical insurance system and there were all those pictures of old pensioners demonstrating against that what they call ‘Obamacare” with placards saying things like, ‘government hands off my medicare.’… Well, except that medicare is a government program! (Students laugh). This is what Marxists used to call ‘False Consciousness’ or also known as the Matrix, the movie. (Students laugh).

But acknowledging the difficulties involving in changing the status quo should not make us give up the fight to create a better economy and better society. Yes, change is difficult, but in the long run, if enough people fight for something hard enough, many impossible things can happen. Well, don’t forget, I mean, 200 years ago if you suggest America should abolish slavery, you have been branded at least unrealistic, and probably the Loony, a hundred years ago the British government put women in prison for asking for vote. A lot of women actually said, “Why do we need votes, we have our husbands and brothers to represent our views?” This is why I quote Antonio Gramsci, the Italian Marxist who once said that we have ‘Pessimism of the Intellect but Optimism of the Will’. You have to accept the difficulties of changing this status quo, but you have to believe that this can be done. And finally, Nelson Mandela “It always seems impossible until it is done.” 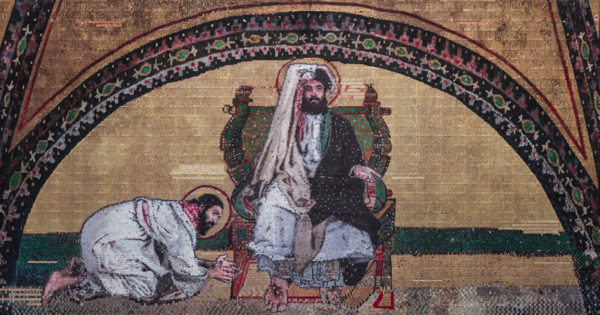 We need economies to thrive, whether or not they need to grow.

END_OF_DOCUMENT_TOKEN_TO_BE_REPLACED

We need economies to thrive, whether or not they need to grow.