Air quality is the degree to which air is suitable or clean enough for humans, animals, or plants to remain healthy.

Roof gardens are a way of reducing pollution and improving air quality, as well as producing food.   Times, Sunday Times (2008)

A new report says Heathrow chiefs have failed to address concerns about air quality and noise pollution.   The Sun (2015)

Biodiversity is the variety of life.  It can be studied on many levels.  At the highest level, you can look at all the different species on the entire Earth.  On a much smaller scale, you can study biodiversity within a pond ecosystem or a neighbourhood park. Identifying and understanding the relationships between all the life on Earth are some of the greatest challenges in science.

Most people recognise biodiversity by species.  A species is a group of living organisms that can interbreed.  Examples of species include, blue whales, white-tailed deer, white pine trees, sunflowers and microscopic bacteria that you cannot even see with your eye.  Biodiversity includes the full range of species that live in an area.

Biodiversity at a Glance

Let’s look at the species biodiversity within a local pond.  At first glance, we can identify different plants, including cattails and water lilies.  If we wait a while, we might be able to spot a garter snake, a bullfrog or maybe a red-winged blackbird.  With a closer look, you can see invertebrates and worms under leaves, on grasses and in the pond water.

Think you’re done? – You have not even scratched the surface of the biodiversity within the pond!  Using a microscope, you would be able to see hundreds or even thousands of different bacteria that inhabit the pond water.  They are all part of the species biodiversity of this small ecosystem!

The definition of chemical pollution:

When chemicals are released into our environment and disrupt the balance of our ecosystems, threatening our health, polluting the air we breathe and contaminating our food.

There are many sources of chemical pollution. Our technological advances have made us a species largely reliant on chemicals and these chemicals are toxic to life and our environment.

Sources of Chemical Pollution and their Effects

Agriculture – Chemicals and pesticides are used in our agricultural processes. To protect our crops, we spray them with pesticides. To ensure the health of their livestock, commercial farmers spray chemicals on the pens. Excessive use of fertilizers is another source of water pollution. These can seep into the ground and contaminate our soil, and eventually, these chemicals will make it into our water supply, water bodies and the food we eat. These toxic elements find their way into our atmosphere too, and add to the degradation of our environment.

What Is Climate Change?

Changes in the Earth’s weather patterns

According to the scientific experts in the field of climatology, climate change is caused by human activities that have resulted in an increased concentration of greenhouse gases in our atmosphere, including carbon dioxide, water vapor, methane, ozone, and nitrous oxide.

Before the Industrial Revolution, levels of carbon dioxide (the main greenhouse gas) were approximately 280 parts per million (ppm) but have now risen to 386 ppm and are rising by about 2-3 ppm more every year. When combined into what is known as the carbon dioxide equivalent with other greenhouse gases such as methane, current levels are actually around 440 ppm. These levels are higher than any other level that can be accurately measured in the earth’s history.

Some have argued that climate change is actually caused by natural occurrences. However, the earth’s average surface temperatures have risen by 0.4C since the 1970s, which is an irregular increase that is extremely difficult to explain by natural causes. Certain changes do occur in the sun’s activity, volcanic eruptions, and other natural events which all contribute to changes in the earth’s temperatures, but only an increase in greenhouse gasses can explain the abnormal increases. Human activities that result in the release of these greenhouse gases well beyond natural levels include things like deforestation, burning of fossil fuels, changes in wetland construction, and so forth.

Leading scientists believe that climate change on this scale could produce results such as the following:

These problems are serious and will likely have severe impacts on the more vulnerable developing nations. Though global warming (i.e. a rise in earth’s surface temperatures) will have an impact on human societies, this will be much less disruptive and destructive than the other changes mentioned above.

The only solution to climate change is to slow the flow, to stop altogether, and re-absorb greenhouse gas emissions. Many solutions have been suggested, such as cap and trade systems, carbon capture and storage, renewable energy, and geo-engineering. Likely a combination of all of these solutions must be tried if we are to protect our planet from the most severe predicted effects of climate change. 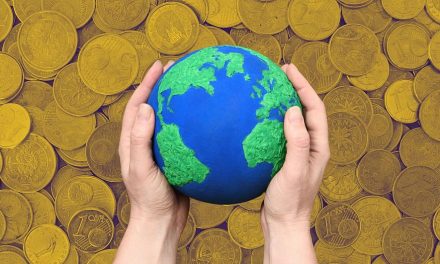 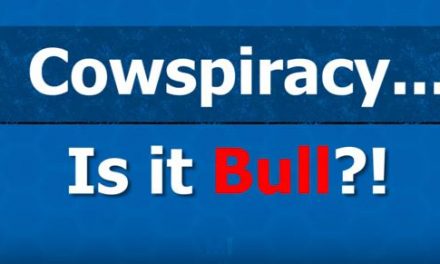 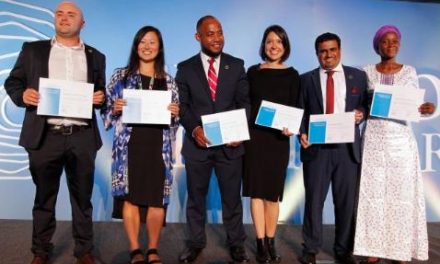 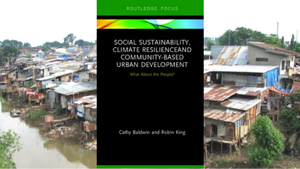 Social Sustainability & Climate Resilience: What about the people?